OUR HISTORY
OUR PLANTATION
Since 1945 José Sánchez Aranda has been manufacturing and marketing paprika, spices and spice mixtures. We are the third generation of a family business that has been devoted to the spice business since it was founded. We are specialised in paprika, having our own plantations of peppers for paprika, developing in-house as well as collaborative projects in several countries.

The quality and food safety of our products is our main objective. We therefore select the raw materials and suppliers that can guarantee the specifications and technical and qualitative requirements of our customers.

Our production is carried out using whole fruits in order to guarantee their purity. We have our own grinding systems, as well as all the necessary mixing and packaging equipment.

We have had a self-developed system for the steam sterilisation of our products for the past 25 years. This allows us to offer optimum safety with regard to pathogenic microorganisms, as well as reducing the bacterial load. Our system is unique in the industry and is based on HTST (high-temperature-short-time) technology. This means that the organoleptic qualities, which for spices constitute their main characteristic, are modified as little as possible without losing effectiveness in the heat treatment.

José Sánchez Aranda SL is a family business, which first started in 1945. Its founders, the Sánchez García brothers (Domingo, Francisco, Antonio, Luis and José) together with their father (José Sánchez Aranda), named the company after the latter. They started working with spices in small grinding and packaging facilities in Cabezo de Torres (Murcia, Spain).

After having established the business, and with the old facilities becoming too small, an addition was built; the “new” factory, also in Cabezo de Torres (Murcia), with greater production capacity. A greater number of mills of the well-known Alcantud paprika grinding system and an improved product packaging system were installed. 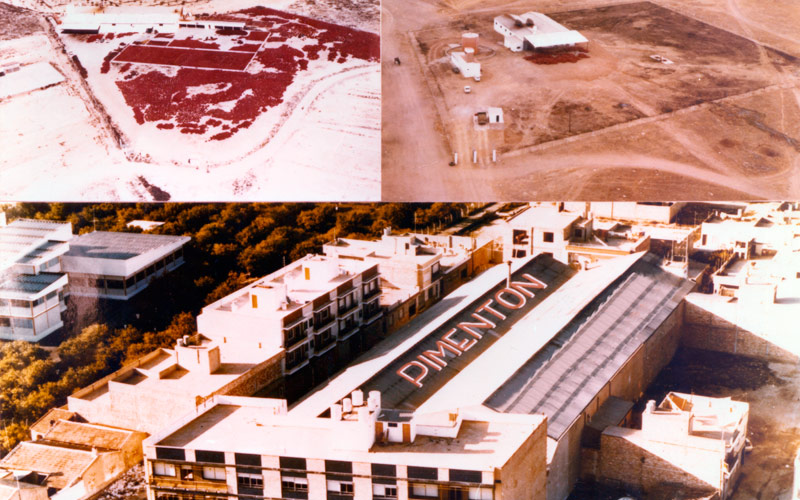 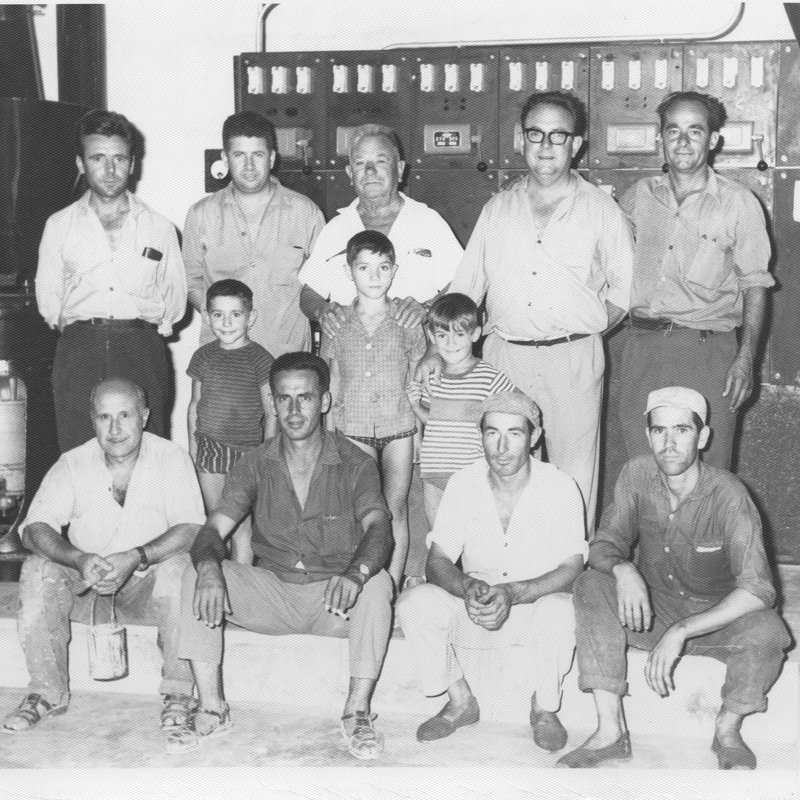 Three generations producing spices: José Sánchez Aranda and the brothers Domingo and Antonio together with the founder’s grandchildren.

With the expansion of our company into international markets, greater control of production became necessary and the incorporation of forced air dryers was introduced.

In these dryers, located in La Matanza de Orihuela (Alicante) and in Lobón (Extremadura), water cleaning was carried out prior to drying, guaranteeing the quality and safety of the product.

After the departure of three of the brothers, at different times in its history, two of them, Francisco and Antonio, eventually remained at the head of the company, running the business at the Cabezo de Torres facilities until the year 2000, when the current facilities of José Sánchez Aranda in Abanilla were inaugurated. Here the company has the most modern grinding, mixing and packaging systems.

The company is currently run by the third generation; the sons of two of the Sánchez García brothers. 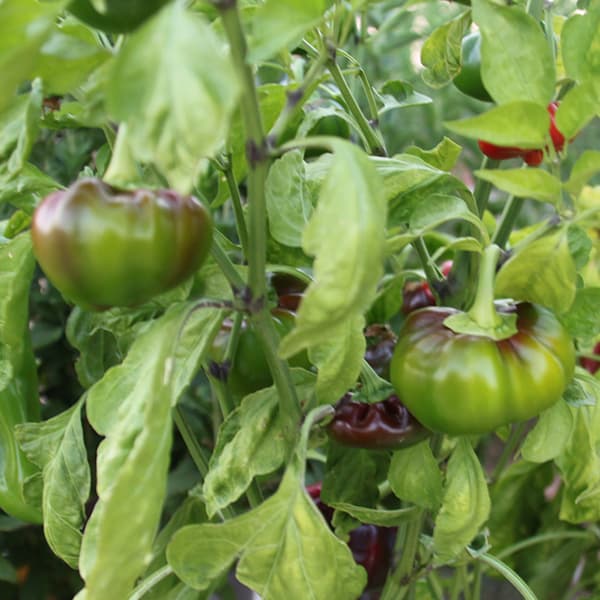 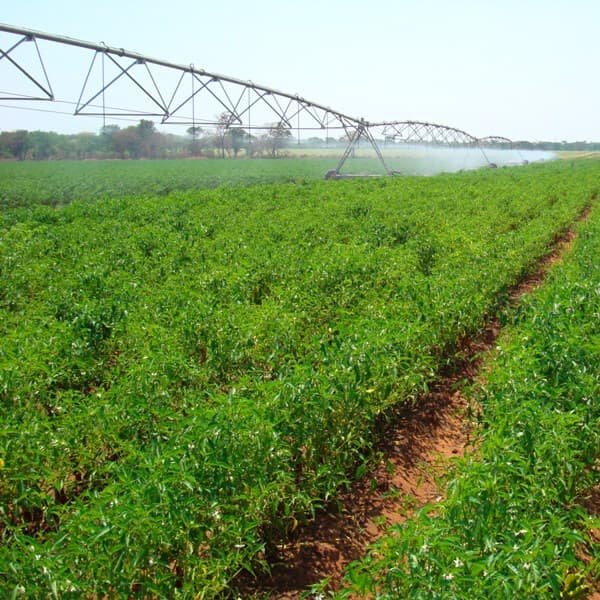 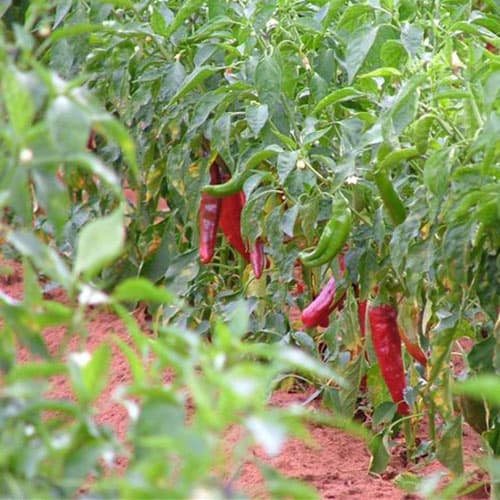 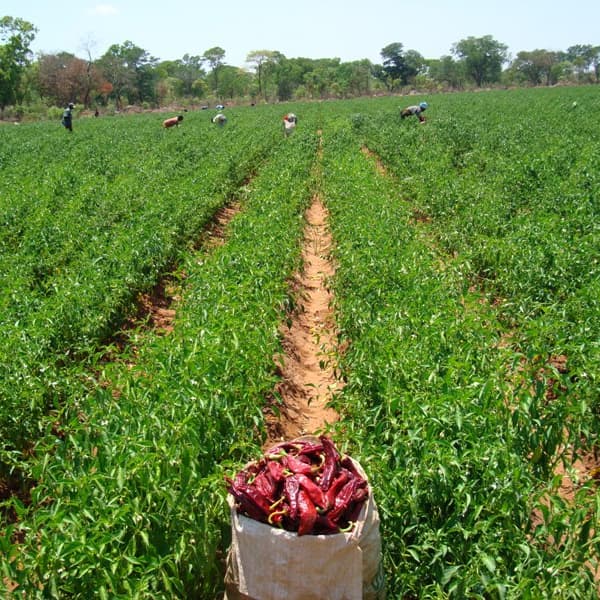 We grow our paprika on plantations in different countries in order to guarantee the quality and safety of our paprika, controlling its traceability from its source, respecting sustainability and social responsibility.

We control the traceability of each of the plots in production, guaranteeing the application of the appropriate phytosanitary products, respecting the safety periods for the application and avoiding cross-contamination.

The peppers are dried in biomass dryers. This way we can guarantee the quality and food safety of our peppers and at the same time avoid atmospheric pollution by using renewable resources in the drying process.

You can change the settings or obtain more information HERE.